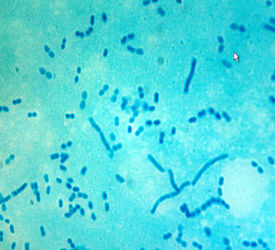 More than 13 centuries ago the tribes, which first came to our land discovered a miraculous remedy against aging.

The Thracians and later the Slavs and Proto-Bulgarians hand down from generation to generation the recipe for health and longevity – the preparation of yoghourt.

From sheep’s stomach they made rennet and from their pelts – skins to carry the milk. Once warmed on the back of the shepherd, it turned into yoghourt. At first it turned sour but with the long practice the shepherd started using that sour substance for the turning the fresh milk into yoghurt.

Historians confirm the application of this original food in the popular medicine for ages.

But hundreds of years shall pass before science expresses itself over the reasons for this natural phenomenon.

First was the Russian microbiologist, Nobel laureate Ilya Mechnikov makes profound studies for the influence of Bulgarian yoghourt to human organism together with a group of researchers from the Louis Pasteur Institute in Paris.

In the beginning of XXth century he discovered that aging starts from the action of harmful bacteria in intestines, which produce toxic substances and cause arteriosclerosis. But one of the lactic acid bacteria in Bulgarian yoghurt attacks and neutralizes them.

Thus Mechnikov explained the longevity among Bulgarians with the every-day eating of yoghurt.

At the same time Bulgarian scientist Stamen Grigorov carried out experiments in the Medical university of Geneva to isolate a rod in the Bulgarian yoghurt brought there by him.

After long research Grigorov discovered in 1905 that the turning sour of Bulgarian yoghourt is due to one rod-shaped and one cocci-shaped bacteria.

A year later German scientist Lafar confirmed the discovery and in 1908 Loersen and Coen gave it the designation Lacto bacterium Bulgaricum – the Bulgarian lactic bacteria.

Bulgaria is known for its regions having specific microclimate convenient for the joint development in symbiosis of authentic strains of Lactobacillus bulgaricus and Streptococcus thermophilus, thanks to whom a unique lactic acid product may be obtained.

Lactic acid bacteria represent a group of useful bacteria forming lactic acid after fermentation of carbohydrates. They have high nutritive requirements towards amino acids and vitamins, so they may grow only in media rich of nutritive substances.

They can be found usually in milk and dairy products but may be isolated by vegetal or animal sources – leaves, fruit, intestinal tract, fecal samples, compost etc.

In 1963 German and Bulgarian scientists conducted joint studies and reached the conclusion that the original Bulgarian strains Lactobacillus bulgaricus survive and adapt themselves longer in the gastric-intestinal tract in comparison to the ones isolated from European yoghurt.

The dietary and healing qualities of Bulgarian yoghurt as well as the ability of survival of Lactobacillus bulgaricus in the gastric-intestinal tract were a subject of studying by many Bulgarian scientists for decades.

It was found that that some of the studied strains Lactobacillus bulgaricus and Streptococcus.thermophilus possess expressed healthy qualities: they influence favourably to the plasma cholesterol and triglycerides; they reduce the risk of arteriosclerosis and of ischemic disease of the heart; they restore fast the gastric-intestinal eco-system after prolonged treatment with antibiotics and acute infection diseases; they increase the protection strengths of organism; they have anti-cancerogenous effect.

The lactic acid bacteria are used as starters in the dairy industry for several reasons. They disintegrate the carbohydrates of the fermenting products and form lactic acid, which reduces the ðÍ of the medium. Thus the growth of the remainder of the micro-flora is suppressed, including the pathogenic one. The lactic acid on the other hand exerts influence on important quality characteristics of the product – structure and water content.

Along with that lactic acid bacteria produce a number of aromatic components such as acetaldehyde, acetoine, ethylacetate, alcohol etc, which form the taste and the smell of the dairy products and shape their diversity.